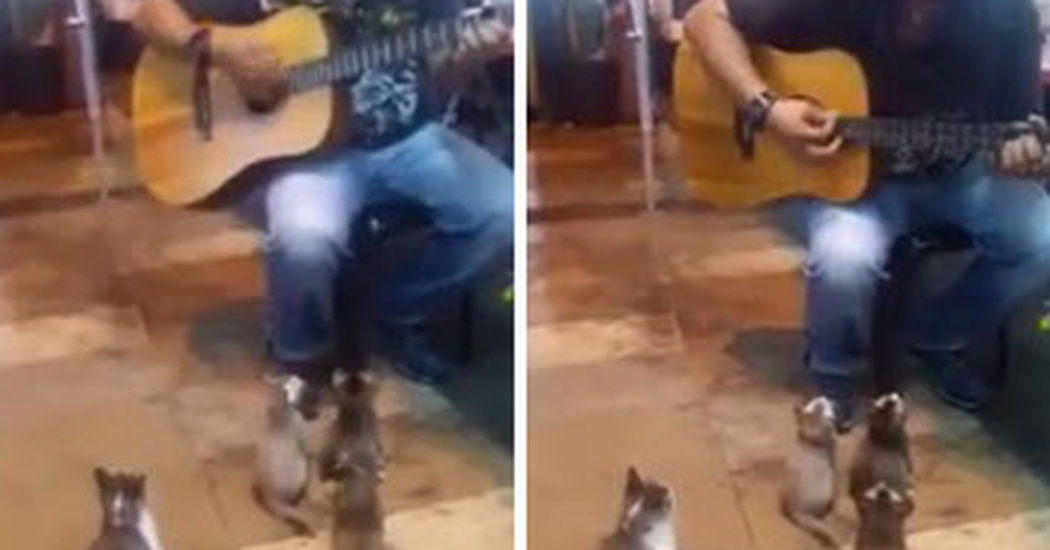 There are times when things happen in life and quite honestly, we wouldn’t have believed them if we wouldn’t have seen them. They often happen out of the blue without any warning but from time to time, they happen during the time that somebody is taking a video. It’s almost as if it is proof of the fact that we had this out of the world experience in real life.

Something like that happened on the streets of Malaysia when a street performer was playing his guitar and singing and was just about ready to quit. Rather than being able to put his guitar away, he suddenly had the most unexpected audience that showed up out of the blue. It was a group of kittens and you would not believe how attentive they were to his music.

Not only did they seem as if they came for the show, they even sat there and genuinely listened as he was playing the guitar. You can even see them bobbing their heads up and down if you look closely enough. After performing, the man said his thank you and you better believe he left there feeling pretty good about himself.