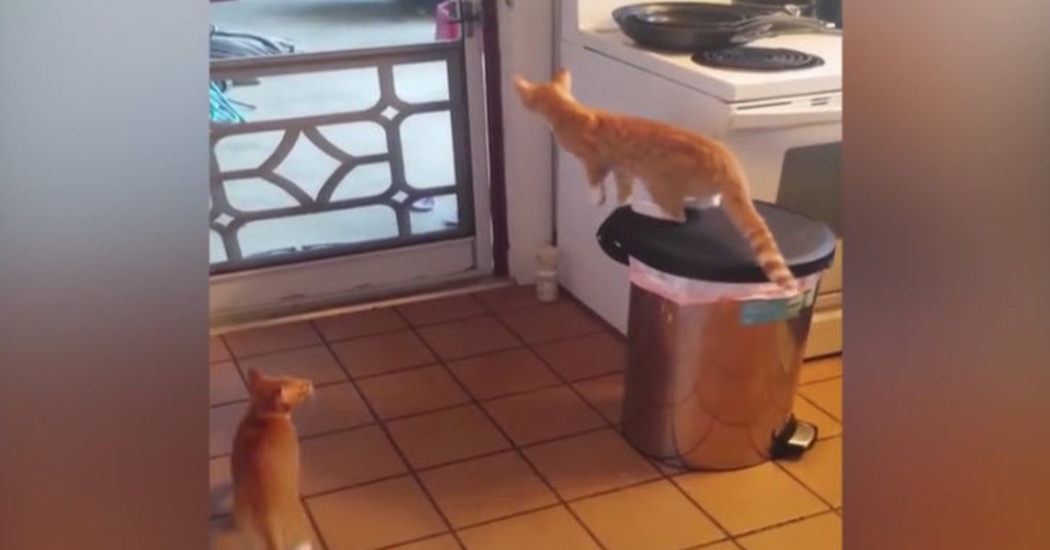 There is something that most of us come to realise very quickly when we have a cat in the house. Not only can they be a lot of fun to have around, they have a unique ability to be able to get into mischief, even when it appears as if it is well out of reach. Many of us recognise very quickly that we should never underestimate a feline.

The two cats in this video would like nothing better than to be outside, but there is a problem. The screen door is standing between them and the outdoors, and it is shut tight. That isn’t about to stop these two cats from getting what they want, however, and they end up devising a rather brilliant plan. In fact, it shows troubleshooting in motion.

This video is very short but you are going to see something that is more brilliant than you could ever imagine. More than likely, you have seen your own cat do similar in your lifetime but there is just something about watching somebody else’s cat do it that makes us feel a little bit better.