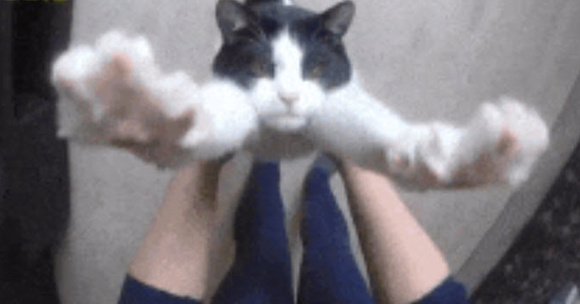 You never quite know what you’re going to find when you are at home, and at times, it may be something that will change your life. That was the case with this family, who found a kitten inside of a box outside of the front door. They were taken back by the situation, but there was even more to it than that. The kitten’s eyes were stuck shut and he refused to eat or drink, no matter what they tried.

They could tell that the cat was quite ill so they took him to the veterinarian. The veterinarian gave them bad news, he said that the kitten would likely not make it because of his poor health but they refused to stop trying. Over the next six days, he slept the majority of the time and they gave him glucose treatments around the clock. On the seventh day, he began to recover!

Now, the cat has a forever home and this family has something that they never expected. They have an adorable cat and every day, he wants nothing more than to be hugged by his forever family.