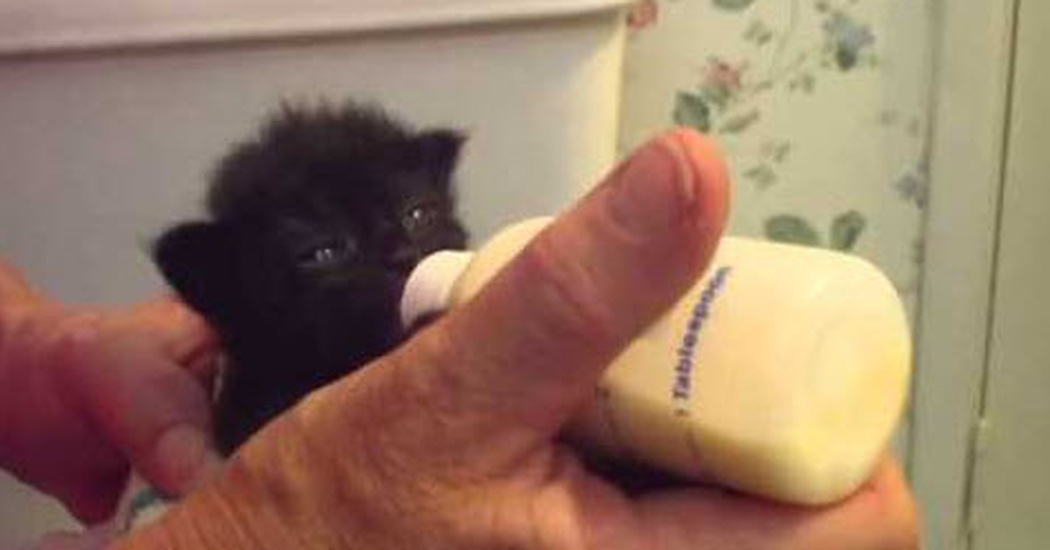 When an animal is abandoned by their mother at birth, it can be very difficult for them from that point forward. Sometimes, things may go very poorly for them but at other times, they find a kind soul who is willing to do what is necessary to keep them healthy and happy. They may even end up with a forever home out of the deal.

This two-week-old kitten was growing accustomed to living in her new surroundings after being abandoned by her mother. Her name is Polly, and she is starting to learn how to drink from a bottle. Doing so can be a challenge, because it is not natural for a kitten and at times, they may reject the idea for a while. Sooner or later, however, they will get the hang of it and when they do, it’s a lot of fun to watch.

Polly also resisted the bottle when it was first offered to her but it isn’t long before she takes to it. In fact, she shows her absolute delight in being fed in such a way, and it quite precious to see.